Everyone must be willing to say 'I am Spartacus'!
​Be sure to listen to Dave Hodges on the Larry Hagman Report.  This is a 'Can't Miss' broadcast!

This is the most important message I've ever put out, and that's saying something, so please give me your attention for just a minute.

Listen, I will trust in the fact that you are well informed about what's going on not only in the USA but worldwide.  The Khazarian mafia, global monied elitists who control our so called government are completely out in the open.  They aren't even trying to hide their fraud, murders and theft anymore.  You know what that means?  It means that they are bringing down the hammer and making the final plays to implement their agenda AND THEY ARE DOING IT NOW!

The murders of Antonin Scalia and Levoy Finicum, the land grabs and arrests regarding the Hammonds & Bundy situations and many, many more which are unpublicized are just the last straw!  That's it!  We are under a full head on attack and it's time to mobilize.  Are you scared?  You damn well better be because if you just sit around and do nothing like most people have been doing, you've got PLENTY to be scared of the way things are going!   The biggest fear is to know what's coming if we all just do nothing!

You know the agenda, right?  If not, you must just go to infowars.com or look for InfoWars videos on YouTube.  I'm not going to spell it all out again here.  It's all out there for you from endless sources not just these.

So, bottom line is this: we don't have much time.  We don't have the luxury of thinking about the vacation home and the next round of golf.  If we (we= you+me!) don't get off our duff and start getting pro-active to save our country and our futures, I'll likely be seeing you in a FEMA 're-education camp' very soon.  I'm deadly serious.  Google 'Hillary Adult Fun Camp' - Do It!  See what you get! She talks about it in the open and jokes about it that B*tch!
OK, I'm really upset about all this and I'm in 'War' mode since we have no choice because the government has already declared war on us long ago and they are close to achieving their objectives if we don't do something.   If you don't fight to save your own ass dear friend, then I'm sorry,  but you deserve what's in store.  It's just the way it is.

The concept is so simple, it's beautiful!  There are only 3 simple elements.

#1  Given:  the biggest, most powerful Khazarian mechanism to control population and money is what?   ..... the I.R.S.!!

#2  Given:   The law itself is the only tool you need to achieve more freedom and peace in your life and keep more of your money!  Just comply with the law in the proper way and you're home free!  They wrote the law and it's perfect!  Don't fight.  Don't argue.  Don't draw attention to yourself. Just follow the law but be aware of what it is and how to comply for your own benefit!   If more of us learn and enforce the law, the IRS has no choice but either start complying with the law and leave us alone, or just go out of business!

#3  Given:  You've seen the demonstration and what happens if you double a penny every day for 30 days, right?  If not, do it on your calculator;  1x2x2x2 and so on.

Not only does this book expose how 'we the people' have been tricked and abused by the deceptive practices of the establishment, but it offers simple, easy solutions anyone can use to say to the IRS...

"You know...it's been nice!
But I want to comply with the law, and as soon as you can do that, we can be 'friends' again!"

We could have this book in the hands of every concerned American in 30 days!

And then what?  America would know about the criminal fraud.  People would be awake, pissed, motivated and more.  Pressure would mount heavily on the crooks in office and I'd be willing to bet the IRS would be FLAT OUT OF BUSINESS and the Khazarian mafia would be on their ass wondering what the hell just hit them!

Once the IRS is down, all the corrupt politicians who let them stand will be next!  (and that's all of 'em!) We'll be on the way to a wholesale housecleaning to usher in the republic of the united States of America where the people can reign, once again!

And not only that, but think of the national communications network we'd have established as a side benefit from our simple, little, but GIGANTICALLY important project here!  How could that  be used?

Friend, if you have a better plan, please let me know and I'll join you.  If not, then you HAVE TO JOIN ME in this.  You have no choice if you hope to have a future!

So, to wrap up... I have only one simple question for you:

How many people will you get this to TODAY?
Get them this page link to read and understand the importance of this mission.
The book costs no money.  But it does require your commitment to give it away to at least 2 people
and get a commitment from them, to do the same!

Please pray with me here:

May God Bless you, your family and all of the decent, law abiding,  God fearing people in America and worldwide!

May God Bless us all and protect us,  that HIS Holy Spirit fill us with guidance, discernment, strength, patience, love and healing all for the glory of HIS Holy name Yashua!   There is no power greater than HIS and as HIS children we know, we have the power to bind and cast down the evil amongst us and they hold no power against us!   Let HIS will be done here on earth as it is in heaven!  Amen!~

P.S.  Do me a favor to help get this book noticed on Amazon.com  Once you've read the book go to the Review Page here (scroll down to see the Review section) and leave a couple short comments to support the effort.  The Amazon algorithms will pick up on the new review and rank it higher in the search engine to give it more exposure.  thanks!

Get Your Free Copy Here! 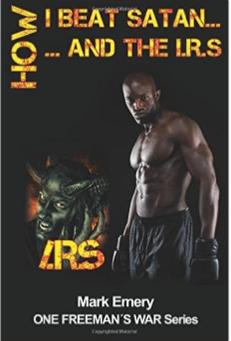 #1...Broadcasting to an email list or posting to a group is one thing, and is a quick way to get some numbers 'perhaps'.  But using this method, people tend to do it once and forget it and nobody is ever held accountable.  Plus there is no chain of communication for follow up or additional efforts. You would never know who did, or who didn't respond and it just fades off into 'wishy washy land'.   I don't see us being successful relying only on doing this.  This should be an 'adjunct' to the primary activity, which is #2 below...

#2... We should all communicate directly with 2 people we know (to start) and who know us.  Invite them personally to join you in the campaign.  Get them to commit to coming to this webpage to 'look it over'.  Follow up with them to confirm their interest and commitment and have them make the commitment to you personally to accomplish the task (2 referrals minimum) .   Have them confirm to you when they have brought 2 people into the campaign. Everyone makes this same commitment.

#3... Repeat this cycle as often as you can and let's watch the numbers grow!   Personal commitment and accountability is what will make this work.

#4...Simply sending an email or message doesn't count as a completed task unless you can directly confirm that the recipient of the message has done his or her part.  Please confirm and let's all hold ourselves accountable for success!  It won't happen otherwise!

"Hey Jim, I know you are concerned about where this country is going and how we are losing our freedoms.  I'd like to invite you to join me in a national campaign to put the country on the right track.  Would you take 2 minutes and look at the web page for me?  It doesn't cost anything and will only take a couple minutes.  OK?  Let's touch base tomorrow, or get back to me sooner if you want."

....then just do the follow ups, stay in touch with Jim and confirm to your introducing friend when you have your 2, and have Jim confirm to you when he has shared it with at least 2!  It's that simple.  Do this, and then keep going and let's watch our numbers grow!

If you have any doubts about why this is so important, watch this video of Alex Jones at his very best.  It's powerful!

Here's the shortened url for this page to share:
​ 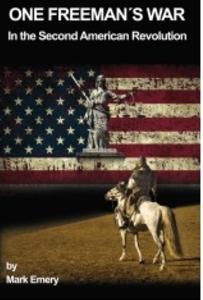